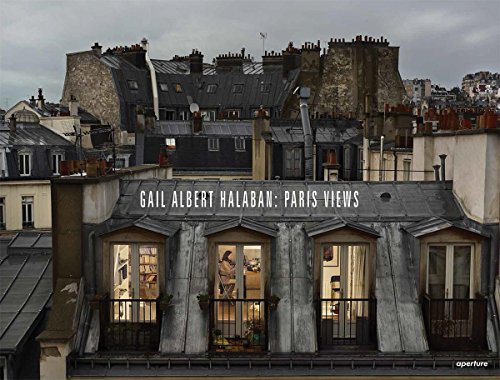 "Gail Albert Halaban: Paris Views" is a continuation of Halaban's 2012 series "Out My Window." In this new set of images, Halaban shifts her focus from New York to Paris--while continuing to steady her gaze through the windows of her neighbors and others in the community. The photographs, taken between 2012 and 2013, feature cinematic atmospheres and intimate domestic stills. Through Halaban's lens, the viewer is welcomed into the private worlds of ordinary people. The photographs in "Paris Views" explore the conventions and tensions of urban lifestyles, the blurring between reality and fantasy, feelings of isolation in the city and the intimacies of home and daily life. In these meticulously directed, window-framed versions of reality, Halaban allows the viewer to create his or her own fictions about the characters, activities and interiors illuminated within. This invitation to imagine renders the characters and settings both personal and mysterious.Gail Albert Halaban (born 1970) received a MFA in photography from Yale. She has taught at the Pasadena Art Center, the International Center of Photography and Yale, among other notable institutions. She has been included in group shows and featured in solo exhibitions internationally and received a Lucie award in 2007. Her most recent book, "Out My Window," was published by PowerHouse in 2012. She is represented by Edwynn Houk Gallery in New York.