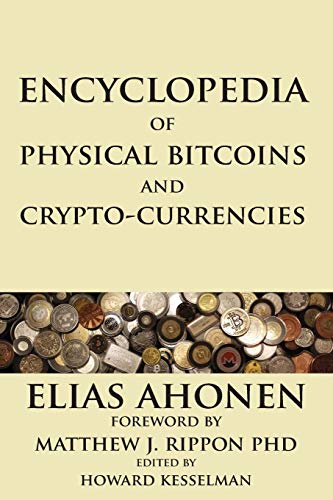 Reseña del editor This Encyclopedia explores the recent phenomenon of physical crypto-currency and the infrastructure that surrounds it. These are metal coins that reference various crypto-currencies of which Bitcoin is currently the most prominent. Many of these coins are funded with digital currency that can be extracted and used at will. Others are themed to celebrate the emergence of digital currency. The new hobby of collecting physical Bitcoin and related crypto-currencies has created an expanding industry in which dozens of companies and individuals create and sell their coins to a growing market of collectors. This work covers 57 such manufacturers. There is also a thriving trade in pre-owned coins. Physical crypto-currencies have become rare objects with the highest value sale to date reaching one million dollars on the re-sale market. This Encyclopedia provides the intrigued reader with an in-depth understanding of the subject and equips the collector with an excellent reference source. Physical crypto-currency is worthy of study because it is evidence of the notable technological and social progress relating to the continued development of a new system of value. The concept of a digital currency that is based on mathematical principles is simply revolutionary, and will in one way or another eventually reshape the world and society in which we live. These coins are the artifacts of that future. Biografía del autor At the time of writing, Elias is completing the last year of his Honors Bachelor in Political Science at Wilfrid Laurier University in Waterloo, Ontario, Canada. In 2014 he published a free eBook guide to Casascius physical bitcoins, which was well received and turned into this much larger project in part due to popular demand. Having been interested in Bitcoin since early 2013, he has built a varied collection of physical crypto-currency. In addition to its technological merits, he sees digital currency as a fascinating case study in economics, public opinion, regulation, the culture that has formed around it, and the differing ways in which it is interpreted by people of various ideological viewpoints (many of which are reflected in the physical coins themselves). His other interests include travel, photography, philosophy, entrepreneurship, and futurology.